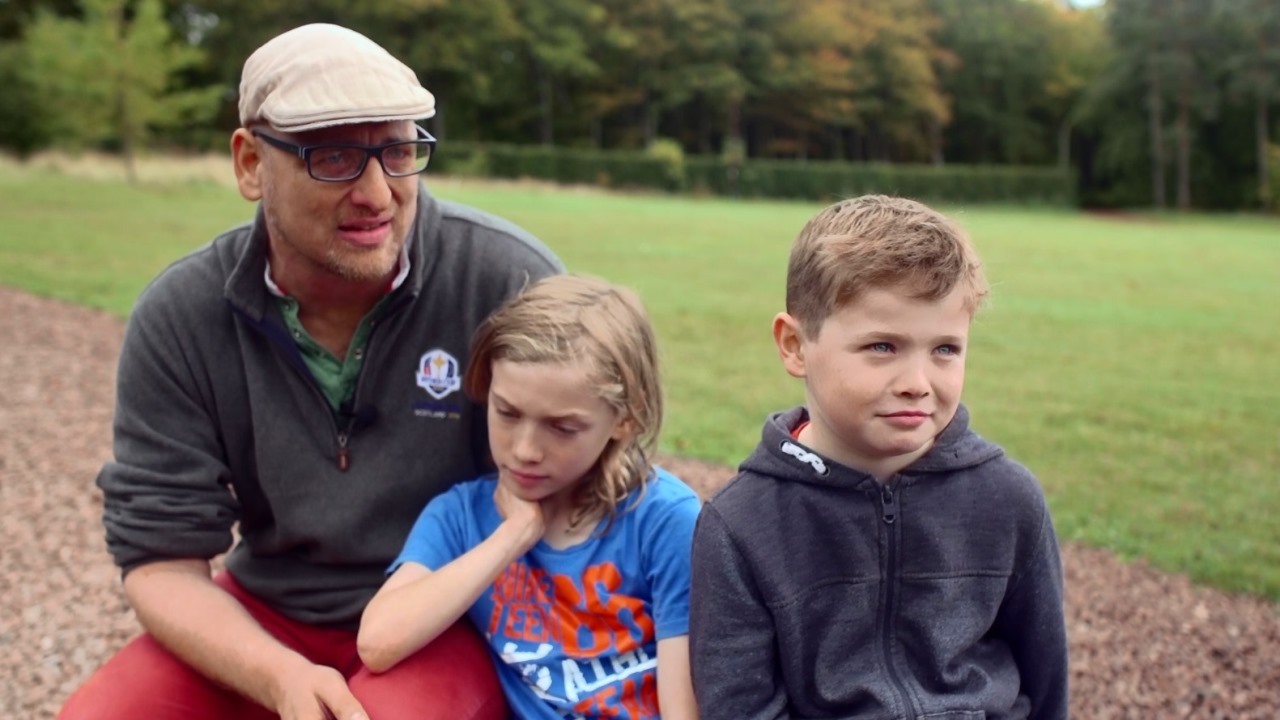 NOTHING prepares you for parenthood and the vulnerability you will feel. The first weeks and hours are tough – the first years are tough! It is an emotional rollercoaster and employers that understand this are the ones who will ultimately be valued in society.

I am lucky: for most of my adult life, I’ve worked in the public and third sectors, which tend to have decent work-life balance policies. For my first child I worked for a national charity and had a week paid paternity and a week standard paternity leave. I took additional holidays.

For my second child I worked in the public sector and had two weeks paid paternity and took two weeks holiday. I supported my wife with our new baby and spent time with my two year old. This allowed us all to adapt and develop with the changes.

For my third child I worked for the Equality and Human Rights Commission: they saw work-life balance and family-centred policies as key to their mission. I received an unheard-of four weeks and took them in two parts and worked part time for 4 weeks in between taking them.

We needed this as a family with three children under four years old - there was lots to do and lots of sleep to lose; nappies to change and children to take to nursery.

Having benefited from the implementation of paternity leave I firmly believe a progressive family-centred society should support both dads-to-be and mums-to-be. Employers that model this are the ones who will be seen to meet be meeting their corporate social responsibility big time, as Richard Branson has evidently realised. 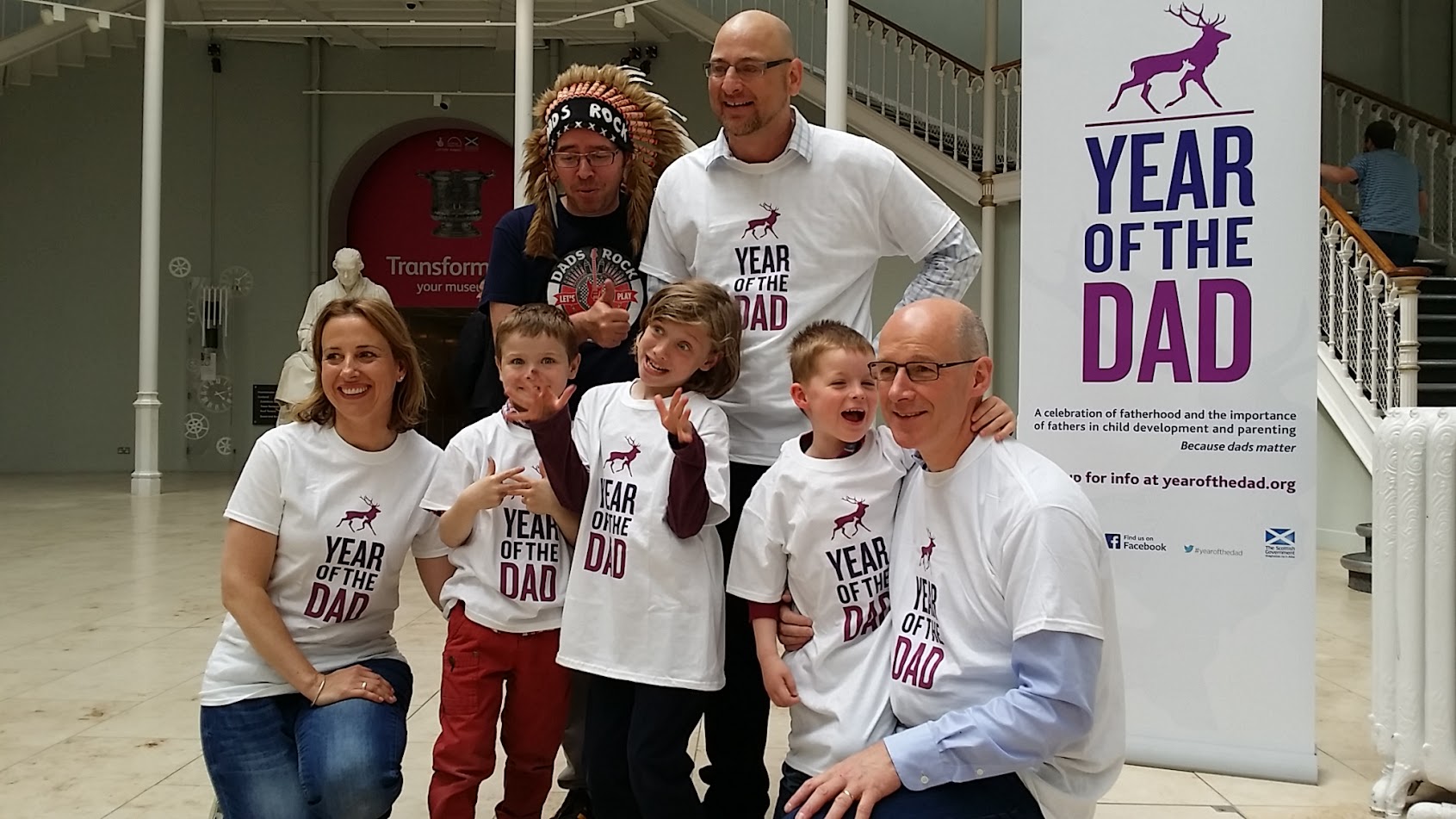 As Year of the Dad approaches, we at Fathers Network Scotland have decided to model this with a progressive policy of six weeks’ paid paternity leave for staff – with our CEO David Drysdale being the first to benefit. We hope other employers will follow suit.

At the very least, I think a staged paternity leave paid at full rate should be offered to all dads: two weeks for the first baby, three weeks for the second, four weeks for the third . This would be a journey towards full gender equality by matching the standard six weeks of 90 per cent maternity pay which mums currently receive. Dads need it, families need it and it assists mums so much.

Having been allowed to be present in the early days gave me the confidence (assisted by a great Dads2B course at West Lothian NHS) to bath my kids on my own, giving me purpose and my own space with the babies and then toddlers.

I then felt able to go to my employers and more importantly an understanding middle manager and her boss and ask to work flexibly. I took Tuesday morning off to go to swim lessons with my babies and toddlers for a few years. This was great I would be refreshed and jump into doing a full afternoon and evening work having had quality time.

I was not the only dad either, but part of a growing minority. In fact, research shows that between 1970 to 1997 the average daily time a father spent taking care of his children rose by 800 per cent from 15 mins to 3 hours (Fisher et al 1999) – a significant and increasing trend.

When two children became threeand my wife finally had to go back to work, we looked at how best to afford childcare. Having three under five meant the cost of childcare could buy us a small semi… and it was later, when school and nursery drop off were happening that we realised how often schools were off on a Monday.

Thus I went back to my manager and asked for Monday as my “daddy daycare” day and to work a compressed week.

Initially the senior manager was not sure as we had a few people working flexible weeks that included not being at work on Mondays. However when I explained why she was happy to agree to it.

Years later I have benefited from baking with my children followed by story time and then lightsabre fights. We’ve been biking and swimming, I’ve been there when they’re ill – and I’ve shared the domestic contract of housework and cooking with my wife as best as I can, as I firmly believe in gender equality.

Doing my fair share isn’t easy. We both do things differently and have different views at times on parenting. My wife as their mother often does know best and occasionally (well, more than occasionally) I’ll get it wrong.

Yet it feels like we are both significantly involved doing things together and apart with the children to help them flourish. I know it’s been worth it. I feel it every time my kids say ‘Daddy Love you’ after their bedtime story.

And thanks to them, something else has changed: I can now tell my own father I love him, too.

Want to tell us about your father-friendly employment practices, or need support to improve things? Join us for Year of the Dad at www.yearofthedad.org/join to celebrate the difference a great dad can make.