Fathers in the Workplace Inquiry 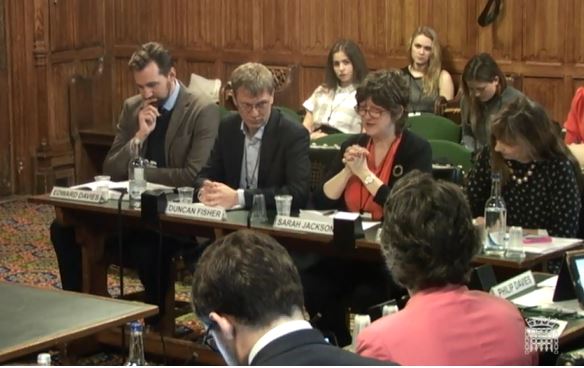 In early 2017, the Women and Equalities Committee of the UK Parliament launched an inquiry as new research revealed that many fathers do not feel supported in the workplace to care for their children.

Fathers Network Scotland was one of a number of organisations and individuals submitting written evidence to shine a light on fathers' experience of balancing work and caring responsibilities. We reported on Scottish fathers' experiences, and suggested several key measures which would improve uptake of shared parental leave and increase gender equality at home and at work.

The inquiry followed on from the Committee's report on the Gender Pay Gap in March 2016 which found that:

"Many fathers want to take a more active role in caring for their children. Our report on the Gender Pay Gap found that investing in policies that support men to share childcare equally, and allow women to continue working, will reap financial benefits as well as reducing the gender pay gap.

Supporting parents in the workplace is a priority for the Government. Yet it admits that its flagship Shared Parental Leave policy is likely to have a very low take-up rate.

Following our work on the Gender Pay Gap, the Women and Equalities Committee is now asking whether fathers are being failed in the workplace. Clearly more needs to be done. We are keen to hear views from individuals as well as organisations about the changes which they would like to see."

The inquiry sought evidence on the following issues:

Read how FNS responded to these questions