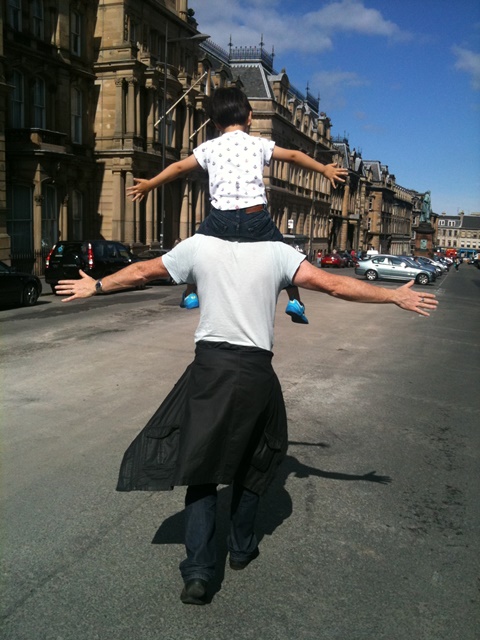 From the flourishing of grass-roots political campaigning to the extraordinary turnout, we’re all struggling to channel the energy unleashed by this historic event.

Here at Fathers Network Scotland we’re excited to participate in what is born in its aftermath. Just as record numbers of us turned up to cast our vote, can we also stay committed to delivering the Scotland we want our children to grow up in? Like any birth, it may be messy, scary, painful and awe-inspiring. Like any birth, it will change everyone involved.

So who will be involved, and how? In particular, what part will Scotland’s fathers play in our country as it takes responsibility for increasingly devolved powers? Traditionally, men may have stayed away from the blood and mess of the delivery room, delegating such intimate business to the women – but all that is changing. Not only are the vast majority of fathers now present at the birth of their children, but we are more confidently taking our place in the domestic sphere, scotching the myth that parenting is women’s work.

We encourage this movement and urge its acceleration. We believe that in a new Scotland, men have an opportunity to transcend the stereotypes that have dogged us for generations. The absent dad, the violent abuser, the locked-in loner, the workaholic company man who scarcely knows his children – these are all cardboard cut-outs we need to discard, and step into a fuller, richer, more co-operative role that is as happy on the climbing frame with the kids as shinning up the company ladder; as fulfilled applying to work in primary education as coaching the kids’ football team.

HOW WE SEE OURSELVES

It’s a shift that has already begun, with dads no longer an oddity at the school gate or pushing the buggy at the park. But whether it will gain traction in a mature, self-confident nation may depend on a much more fundamental revision in how we see ourselves.

“Men are everywhere in Scotland,” writes social commentator Gerry Hassan in a new book. “Talking in positions of power, being loud and noisy in public life, organisations and public spaces. Yet, amid this noise, there is also a deafening silence, one so powerful that many do not even notice or comment on it, instead seeing it as the natural state of affairs. This silence is of men not talking and being reflective of what it is to be a man.”

So what should a man aspire to be in the world? In Glaswegian street culture, the “big man” has traditionally been someone to fear as much as respect, who metes out violence to those who displease him. But anthropologists point to a more positive figure of manhood who is recognised and respected in societies across the planet. Far from the clichés of machismo, he may be as sensitive as he is strapping, as interested in co-operation as he is in the size of his cojones. According to writer and psychoanalyst Robert Moore, the “big men” of New Guinea, the muy hombres of Spain, the “worthy men” of the Samburu are all protectors, providers, procreators. “Mature men embrace these roles in order to nurture their families and build their communities.”

Could Scotland’s men reclaim this ancient archetype as a means to play our part in the birthing of something new? Can we step up as fathers to envision the kind of world we want our children to grow up in? I hope so. With new UK legislation already in place, men will shortly have the right to shared parental leave enabling them to be as intimately involved in their children’s births and early lives as women. But will we have the courage to ask for that leave from our employers? Or will we continue to quail before corporate traditions of male workplace domination and presenteeism and miss our children’s childhoods?

We know that dads are a crucial presence in children’s lives, and society is slowly beginning to facilitate that equality in parenting, just as women are slowly gaining parity in the workplace. All we have to do is claim it, for the sake of our communities and families.

It’s time to get our hands dirty, men. Just as unprecedented numbers of us stepped up to campaign and vote in the referendum, can we now step up and enjoy the responsibility of fathering both our children and our nation?