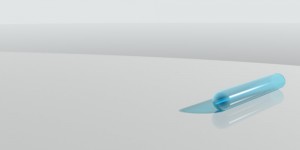 The Daily Mail led the pack with: ‘Over-the-counter DIY paternity tests go on sale at Britain’s biggest high street chemist chain today amid fears that they will tear families apart’ (1 February). Even dads’ groups repeat this: ‘Up to 30% of men who had a DNA paternity test found out they were not the father – OUCH!!!!’

The notion that paternity tests could uncover up to a quarter of families in which the man doesn’t know that his child is not his began in the early 1990s and has remained an easy piece of sensationalism ever since (see for instance, ‘Who's your daddy?’ Sunday Times August 1, 2004).

The chief books responsible were firstly Jared Diamond’s, The Third Chimpanzee: The Evolution and Future of the Human Animal in which he described ‘a personal communication’ from a respected scientist who conducted a research study of the genetics of human blood groups in the 1940s. The communication went on to say that samples were collected at a “highly respectable” U.S. hospital from 1,000 newborn babies and their mothers and the men identified as their fathers. Analysis revealed that in nearly 10 percent of cases, the men tested could not have been biological fathers.

The main things to note are that the claim is second-hand and that the study was never published and thus not subject to any assessment of the claims (plus there’s the fact that infidelity during the World War II was not uncommon).

But, it was Robert Wright’s, The Moral Animal: Evolutionary Psychology and Everyday Life that went the extra mile by asserting that ‘in some urban areas more than one-fourth of the children may be the genetic product of a man other than the father of record’. What? A quarter? Wright’s now much quoted but unfounded assertion seems to have been derived from statistics out of laboratories that have provide paternity tests for those who were unsure in the first place – not exactly a cross-section of parents.

The truth of the matter seems to be that suggested by Gilding and Turney in Australia who found that the likelihood of a child not being a man’s biological offspring was exceedingly low: close to 1 per cent and no higher than 3 per cent. The latter (highest end) is a tenth of what has been claimed. But why let the facts get in the way of a good story?

Next myth under the microscope? The one about 40% of fathers losing contact with their children after separation.