Why this high-flying dad chose to work part-time

Why this high-flying dad chose to work part-time 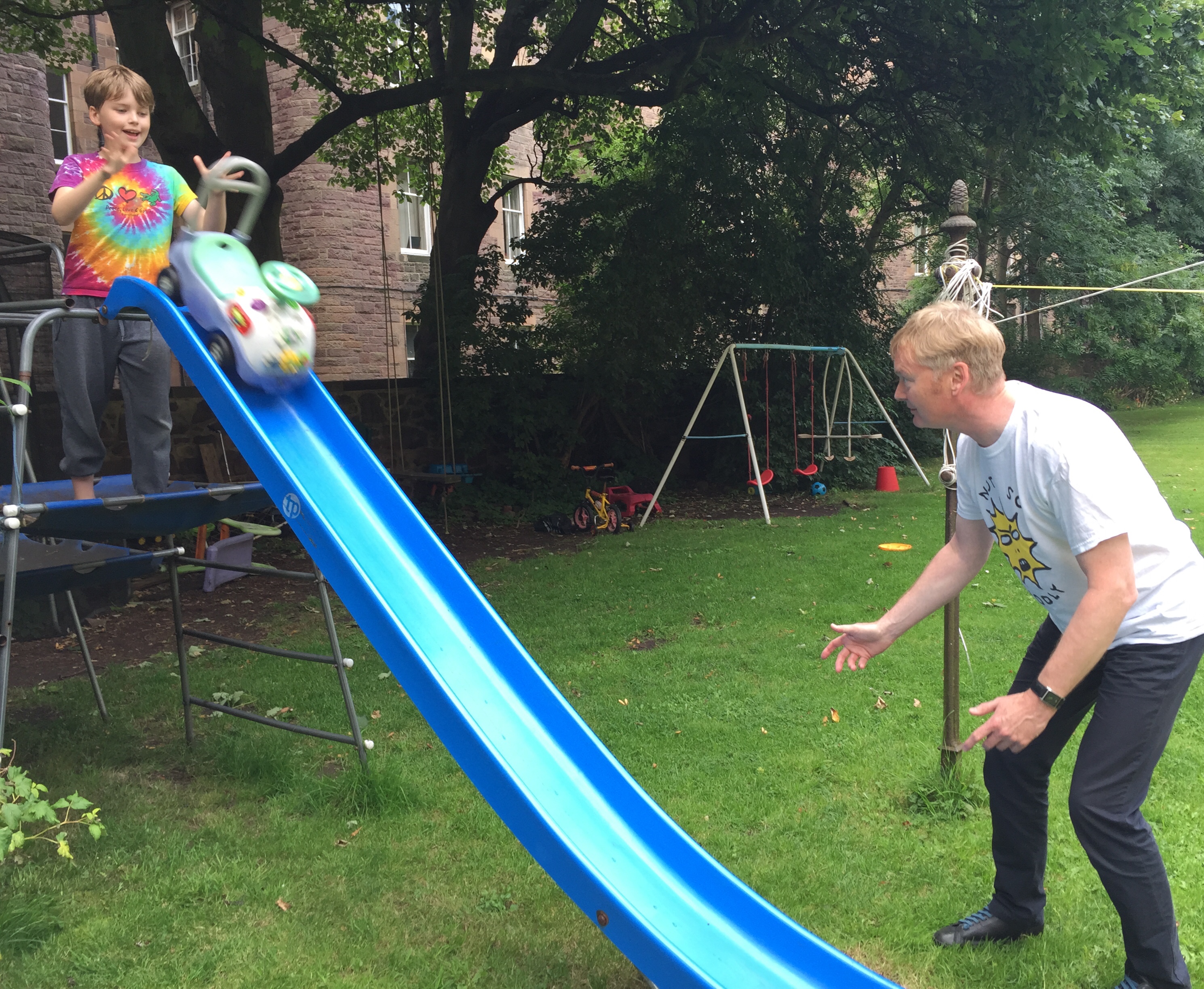 Everyone knows that high-flying professional men can’t expect to work flexibly, right? Wrong! At the start of National Work Life Week, SIMON WATKINS, Committee Clerk at the Scottish Parliament explains how he prioritised his family.

When I was a young boy my dad left for work before I got up and got home after I had gone to bed. He regrets it today. Sometimes my family seemed to be me, my sister and my mum. I didn't want that for my son. Or me.

Nowadays, as Clerk to the Welfare Reform Committee in the Scottish Parliament, I have the potential to be just as busy as my dad was: I manage a team of people and a wider group supporting the Committee in all it wants to do: running inquiries and publishing reports on topics like benefit sanctions; managing the passage of bills like the Scottish Welfare Fund Bill; running events to listen to people’s experiences. A whole load of stuff.

But thankfully, our generation has found another way to work. I have been with the Parliament since it started in 1999, and when I became a dad at a relatively mature age in 2006, I was determined that my work would not crowd out my family, as my father’s did. One of the Parliament’s founding principles was being family-friendly – the parliamentary week is designed so that you can be an MSP and a supportive parent too. By and large the Parliament has walked the walk as well as talking the talk. It introduced paternity leave before it was a right and many other similar moves.

And it backed me in 2005 when I requested a move to working part-time to look after my son two days a week. Initially this was in a job-share, and now I run a team alone on a part-time basis.

So how has it worked? Well I've always wanted to share roles with my partner – bringing home the bacon….and cooking it! (If one of you is working full-time and the other is child-rearing full-time, that's not much of a share in my book.) And to be honest, I think this sharing has been really positive for my relationship - we each know what the other's world is like.

As the carer of a young child I have met a lot of mums (and it is still almost exclusively mums) who complain that their partner does not understand how hard their domestic life is compared to "working". I do. Believe me, when my boy was young I used to dream of going into the Parliament to work on Tuesdays! Or being able to finish a cup of coffee, having a 'lunch break'! Or not being physically exhausted by nine in the morning!​ Of course, it has not always been easy to make it work. In terms of job-sharing the key thing is having a good relationship with your job sharer and having overlap time so you actually get to meet them and share information etc. 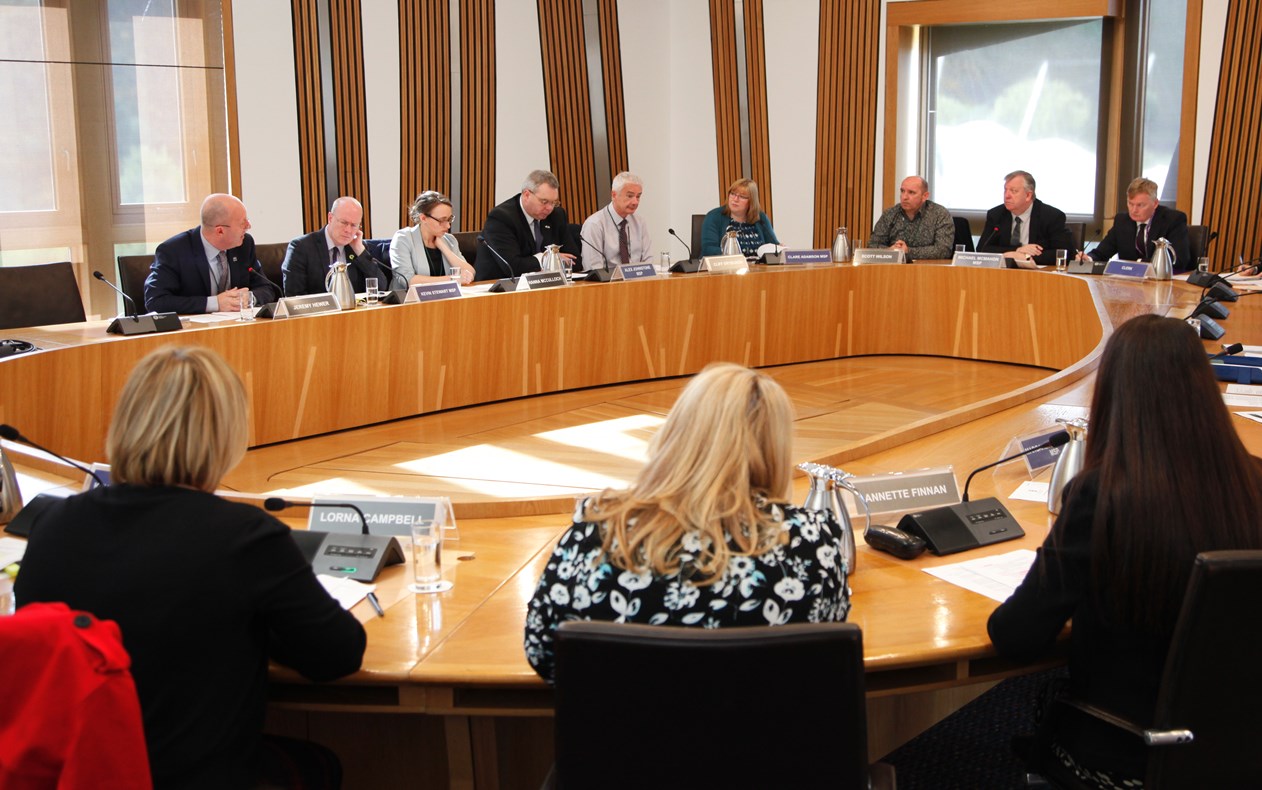 In terms of part-time working, I have to be pretty ruthless with my time and I have had to develop some ‘smart’ ways of working to increase my efficiency, for example I use voice-activated software for most of my ‘typing’. But its only three days a week and that is very de-stressing.

I am lucky of course in that I could afford it. But you would be surprised how much money you can save by not working – less travel to work, fewer suits, more time to cook using ingredients rather than expensive prepared food, more time to do things yourself rather than paying someone to. And of course no childcare. It all adds up.

The Scottish Parliament continues to be very good as a flexible employer. In March we were commended at the inaugural Scottish Top Employers for Working Families Awards. Many staff work ‘non-traditional’ hours to suit their external lives. And I am not alone – I have set up, with others, an internal network for part-time staff, at least three of whom are also committee clerks who are part-time/ job share.

I am the only man though, which makes me a little sad. Where are all the other part-time dads?

I do think that that will change though. I think that men’s psychology is slowly changing - we don’t define ourselves by our jobs to quite the same extent anymore and there is plenty of research that shows that men want to spend more time with their children than their dads did. A recent survey by Working Mother Media in the USA found 88 per cent of men thought that childcare should be equally shared and 80 per cent were happy with not being the primary bread winner. I am not saying that this was a representative sample, but it does show things are changing.

Looking back, I am glad I made the move, not just because of my relationship with my children and my partner, but because it’s actually made work more enjoyable. Don't get me wrong, there are plenty of stresses that it has introduced - my time management has to be razor sharp.

But the balance of my whole week is much better. It's easier to forget work problems in the interim. And I'm probably a lot less burnt out than I would be otherwise.

Although I'm earning half as much, I have a richer life.