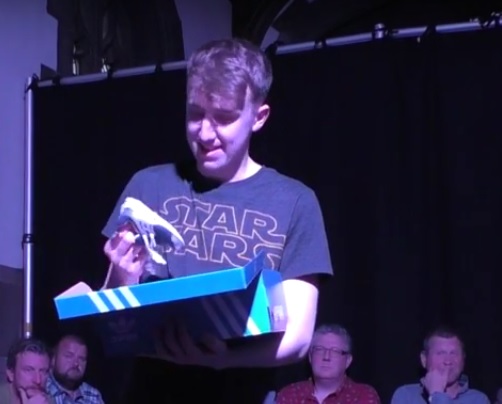 Our friends at this pioneering organisation know better than most the challenges that can be overcome in the lives of dads, with courage, knowledge and support – which is exactly what is dramatised in Being a Dad.

The play was first developed by Fathers Network Scotland in partnership with the highly-acclaimed Strange Town Theatre Company as part of 2016’s Year of the Dad - celebrating the difference a great dad can make in the lives of children, family and Scotland at large.

From the outset our vision with Strange Town was to develop the play directly from the lived experiences of Scotland’s fathers, and perform it as a piece of social justice drama during the 2016 Edinburgh Festival Fringe – before taking it into the prison establishment along with accompanying workshops. 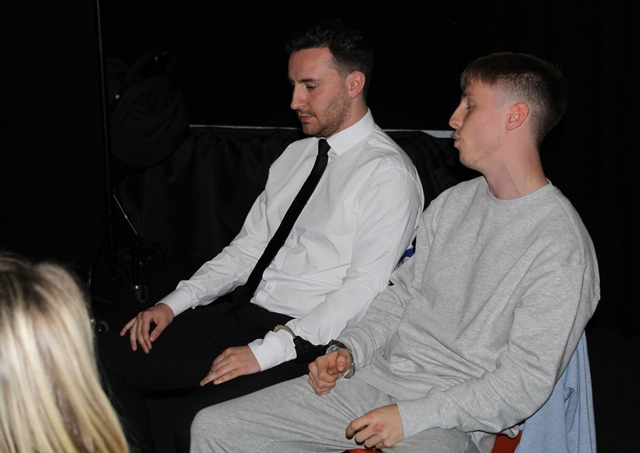 Opening with two dads – a prison guard and an inmate - on their way to a family hearing, it was the result of prior access granted to writer Duncan Kidd and researcher Kai Peacock to both HMP Low Moss and Addiewell.

We sensed this wonderful little play would have clear resonance within the Scottish prison population as a result – and our gut feeling was entirely vindicated.

Over a punishing week in October 2017 the play was performed in various venues inside four high-security Scottish prisons: a gymnasium, a multi-faith room, a family visits room and a theatre performance space.

Every time it seemed to call out with an authentic voice to its audience, whether to young offenders, adult male or women prisoners; whether in individual groups or a shared space.

Reinforced by two subsequent workshops led by myself and Graham Goulden, recently retired Chief Inspector from Police Scotland Violence Reduction Unit, the play’s message of hope and encouragement spoke not only to prisoners but also to staff at every level of management.

I would like to congratulate the cast who put on a magnificent thought provoking performance,” wrote Harry Mennie, head of Health and Wellbeing at HMP Addiewell. “The issues they worked through are issues faced each and every day by dis-enfranchised fathers everywhere.”

With the young offenders and women prisoners in particular, their positive reaction amazed prison staff and has changed perceptions and perhaps even, in the fullness of time, prison culture.

One offender in the audience told a young actor that his performance as a prisoner had completely ‘nailed it’ – a high accolade indeed to a non-prisoner.

And the experience was life-changing for the actors too: “Performing in this tour showed to me the importance of offering support for fathers and families, and offending fathers and mothers,” said one, “and how much of a difference even seeing their kids for an extra day per month can make.”

He added that the barriers between outsider and offender seemed less important by the end of the tour: “The desire to be there for our children and raise them as best we can is very much the same.”

I believe that’s the same powerful message that will come through loud and clear as the play continues its mission tonight in East Lothian. And long may it continue!

Being a Dad is being performed tonight (Friday 23rd February) at Our Lady of Loretto Church Hall, Musselburgh, near Edinburgh, as part of Dads Work (www.dadswork.co.uk) 15th anniversary celebrations. Click here for tickets and more information.