The Kiltwalk: Our Director's Experience

The Kiltwalk: Our Director's Experience 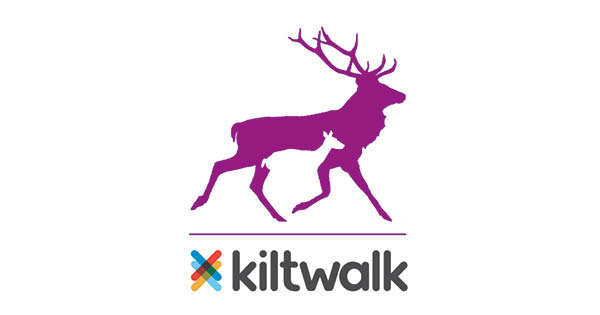 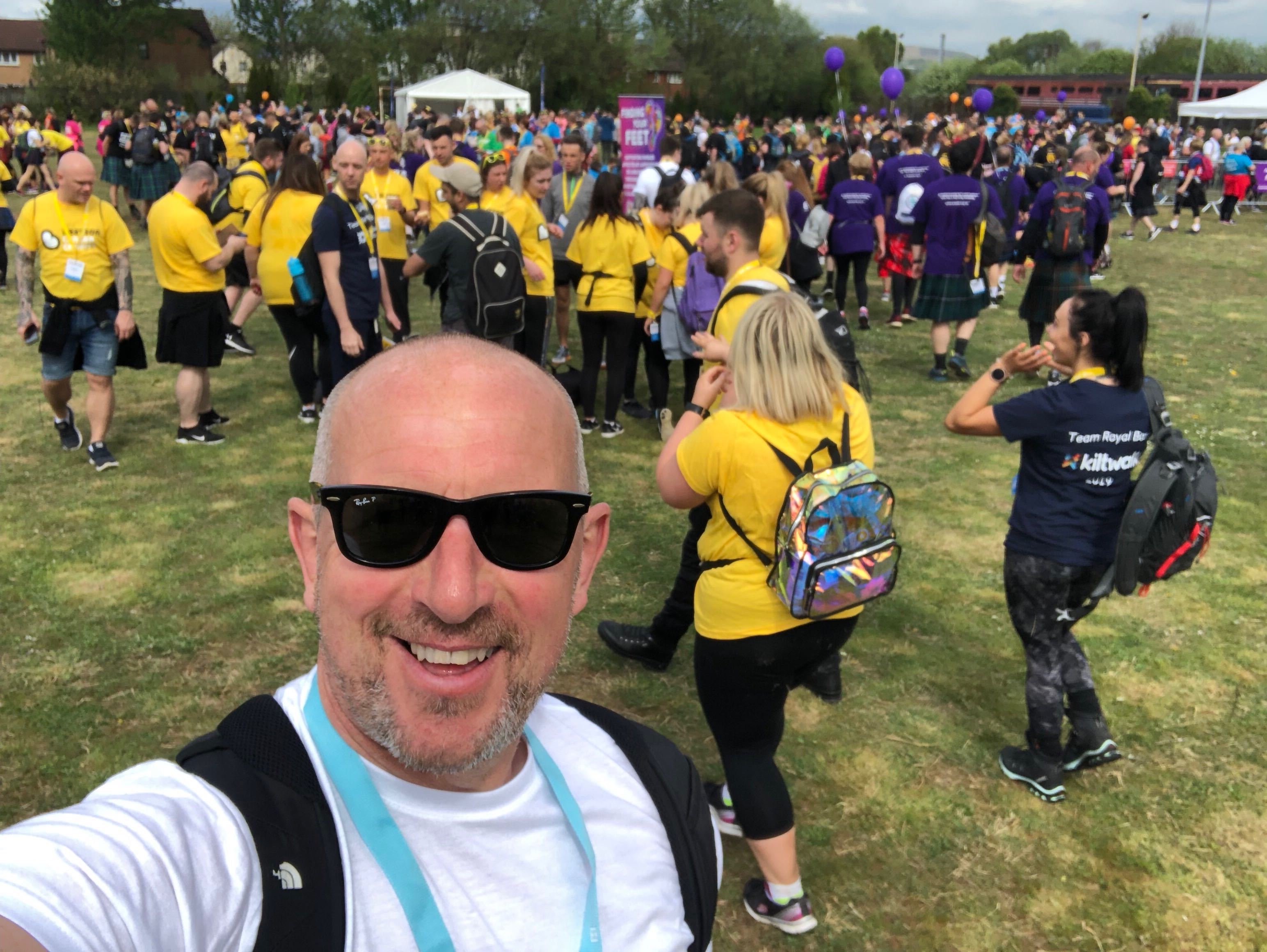 Have you signed up for the Kiltwalk yet? Our Director Dave Devenney and beautiful Labrador, Molly, took part in the Glasgow event and the rest of the team have been raring to go ever since. Did you know that you can support Fathers Network Scotland while exploring some beautiful countryside and anything you raise will be topped up by 40%? Here's Dave's story. Be warned: You'll have donned your walking boots and kilt before you reach the end!

"I noticed the sign as I drove into Glasgow city centre for a meeting, a huge colourful canvas covering the entire gable end of a building next to the Kingstone Bridge. ‘The Glasgow Kiltwalk 2019 is Live’ it proclaimed in giant colourful letters… 'Make money for your favourite charity and the The Hunter Foundation will add another 40%!’. That's a pretty impressive fundraising boost. 'What a great opportunity for Fathers Network Scotland,' I thought.

That was early February. I knew of the Kiltwalk and in the past have had some friends walk in aid of veterans' charities. I thought this would be a great way to raise some money and a fun way to increase understanding of the work of Fathers Network Scotland. The team agreed and planning began.

There are 4 Kiltwalks: Glasgow, Aberdeen, Dundee and Edinburgh. Glasgow was first up taking place on 28 April 2019 and, as the city is on my doorstep, it made sense to start there. I had opted for the Mighty Stride – 23 miles from Glasgow to Balloch on Loch Lomond-side through beautiful countryside - walking along the banks of the River Clyde, Forth and Clyde Canal and the River Leven. There are walks though for every level – ‘The Big Stroll’ (15 miles), and ‘The Wee Wander’ (6 miles). So there is a Kiltwalk for the whole family. 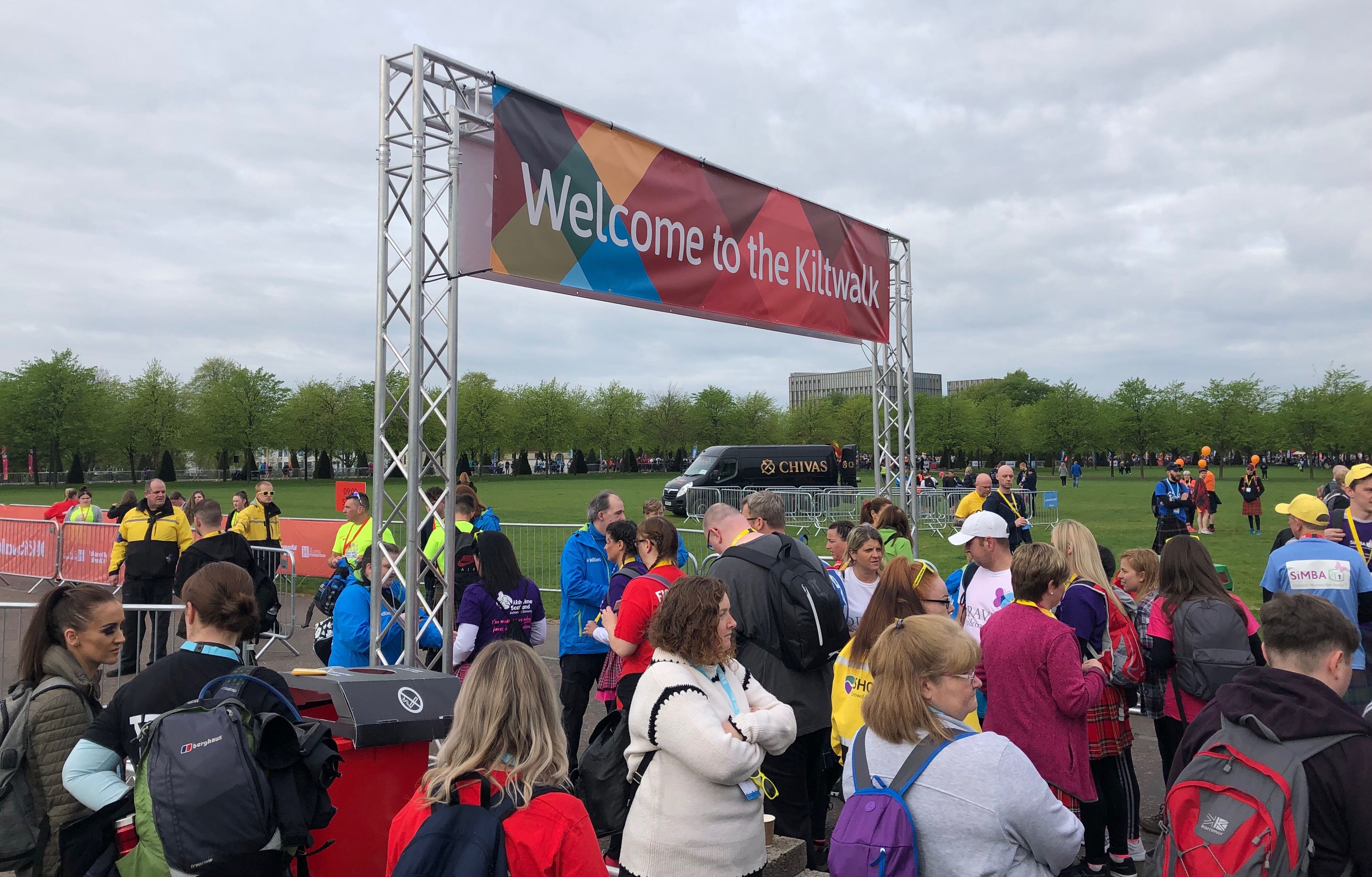 The day dawned slightly overcast but with the promise of an improving weather pattern later in the day. The event start line was on historic Glasgow Green and when I arrived there the atmosphere was electric. It looked and sounded like the carnival had arrived! From the outset it was clear that every effort had been made to ensure the day went well. Having received my coloured lanyard (mine was blue) in the mail, I knew I was due to step off in the second wave at 10am. I should have mentioned that I didn’t intend to walk alone. Molly, my enthusiastic 15-month-old Yellow Labrador would be my walking buddy.

I later discovered that something over 13,000 people walked that day and over £1 million had been raised before even a single step had been taken. I chatted happily with everyone around me. Some had walked it before. Many like me, were walking for the first time. From start to finish there were 7 ‘pit stops’. These were places where there were ample toilets, water, snack bars and fruit and lots of ‘Kilities’ to welcome you and spur you on to the next leg.

One of the great joys of working in the charities' sector is that you continually rub shoulders with lots of passionate people who are determined to make their corner of the world a better place. I think I met most of them that day! It was great to fall in to step with a gaggle of walkers in bright orange from the ‘Calum’s Cabin’ charity and hear about why they were walking 23 miles today. Or, keeping step for a mile or two with a couple of MacMillan nurses walking for the patients they care so much about. Every conversation was challenging, richly rewarding and fun. Which just about sums up the Kiltwalk for me.

At journey's end Molly and me walked through a colourful ‘Guard of Honour’ and underneath the ‘Finish’ arch where we were both awarded our medals for completing the ‘Mighty Stride’. Was it worth it? Definitely. Would I do it again? Absolutely. It was a great day walking through some of Scotland’s most beautiful countryside in excellent company. So, grab yourself some tartan and get out there for a truly Scottish walk! What’s stopping you?"

Find out about about the Kiltwalk here.