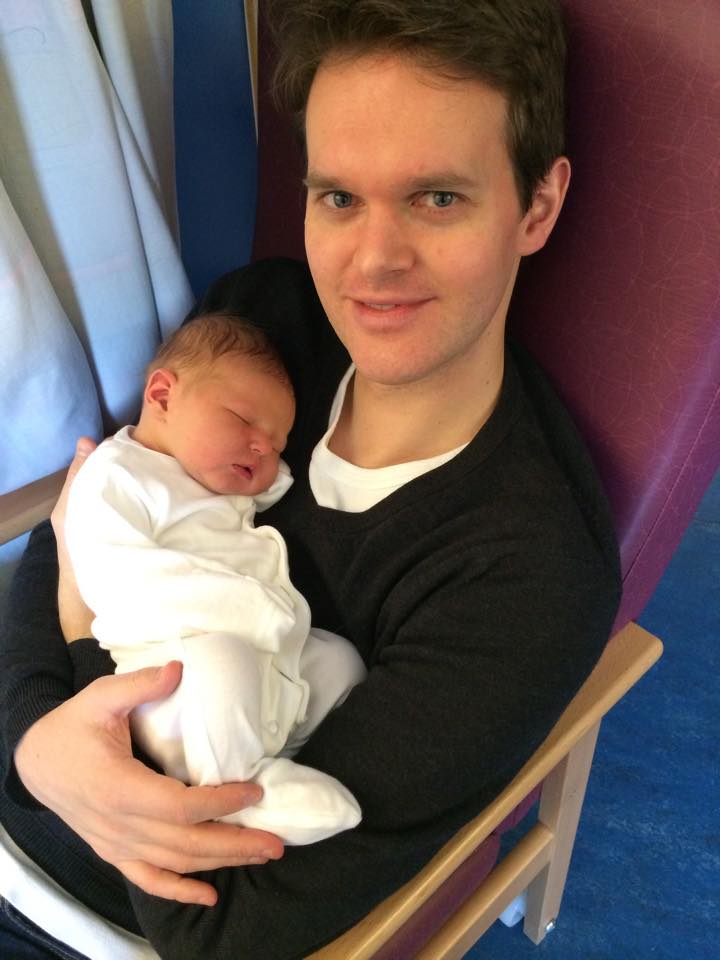 In April 2014, I was sat at my parents’ house having a cup of tea. “Mum and Dad,” I said, “Would it be okay if we had a friend come and visit for Christmas this year?”. “Of course,” replied my Mum, “Who is it?”. At this point, I explained that the mysterious interloper to the family Christmas was going to be my new born son.

We had found out that my wife Kirsty was pregnant just a few days beforehand and we were going to have a baby on December 9th. A Christmas baby! We had 8 months to get our heads around the idea. What an exciting and magical Christmas it would be! Only it wasn’t…

Jack was born eight days late on December 17th. Kirsty had been in labour for an exhausting 14 hours before the midwives at Edinburgh Royal Infirmary informed us that she would have to have an emergency caesarean section. As I held my new born son in my arms for the first time, I felt an outpouring of love. And panic. The situation was real now and very soon, this small bundle of fun and my incapacitated wife would be coming home with me for Christmas. The night of Jack’s traumatic birth, I wasn't allowed to stay with them at the hospital. I came home alone and sobbed myself to sleep. It had been a long, difficult and emotional day.

Jack’s weight plummeted in the first few days after his birth. He spent his first night at home literally crying all night long. This was a stark wake up call to us as new parents.

As Kirsty grappled with the difficulties of breast feeding, Jack simply wasn’t getting any food. Before long he ended up in the neonatal unit; underweight and jaundiced. This is fairly common, but as a new parent your worries are exacerbated by anything out of the norm. Three days before Christmas and we were feeling anything but festive.

Jack came home again on Christmas Eve. By this point, Kirsty and I were zombies, our nerves shredded through worry and chronic lack of sleep. At least I was able to walk. Kirsty had encountered problems from her Caesarian section and she had an infected haematoma that left her in considerable pain.

Christmas Eve was spent surviving. There would be no viewings of ‘Home Alone’ or ‘It’s a Wonderful Life’. This wasn’t how we imagined - or others told us - our magical Christmas with our newborn baby would be!

On Christmas Day morning, I had to go to the pharmacy to pick up laxatives for Kirsty, to resolve a side effect of caesarians that we hadn't been prepared for! I watched the revellers come out of church with joy on their faces, as I solemnly picked up my wife’s prescription. We made a go of Christmas dinner - a cracker hat may even have been placed on our heads. Kirsty duly fell asleep at the Christmas dinner table and had to be escorted to my Mum’s bedroom to sleep the rest of the day away.

Christmas 2014 remains very memorable. But magical? Certainly not. So don’t beat yourself up if Christmas with your newborn isn’t quite the magical experience that others tell you it will be. Just by getting through it, you're doing an amazing job so please remember to pat yourselves on the back and know that it will get better.