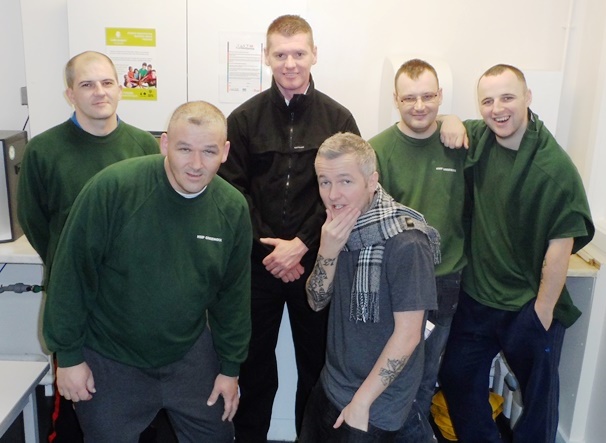 “It was just her wee face staring at me,” says 38-year-old inmate at HMP Greenock. “Seeing me walking away through another door and not going home with her – I just burst into tears.”

With previous convictions for car theft, Paul may look the archetypal hard man, but in recent years this father-of-five has learned that there’s nothing harder than being a good dad. He hit a low point this autumn when his six-year-old son underwent heart surgery and he was unable to be there.

“I just felt gutted that day it was all going ahead and I’m sitting in a cell. I wish I was there to comfort him, know what I mean? I believe every kid should have a father somewhere in their life.”

The good news is that Cowan has now reached the end of his sentence and has a chance to prove to his kids that he’s up to the job – thanks to a highly-acclaimed parenting programme delivered for the first time to dads behind bars.

Cowan was one of a handful of inmates at HMP Greenock chosen to participate in the Big Lottery-funded Mellow Dads pilot project, run by the charity Mellow Parenting. From the outset he realised it was going to require the kind of courage that isn’t always valued by men: the guts to look inside and be honest about what he found.

“It’s not like me to usually talk to people, even let them know anything about me,” admits Cowan, who comes from Castlemilk in Glasgow. “But I feel since I’ve been doing this group, I’ve came out my shell, and started to realise how to go about things in the future, rather than just rushing in like I usually do, and losing it.” 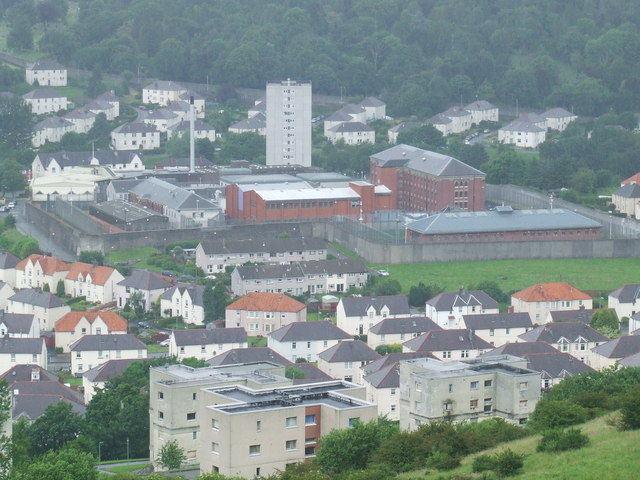 Alan McMaster, project coordinator of Mellow Dads in Scotland, makes no apology for the level of self-disclosure required for the course, which asks participants and facilitators alike to look at how they were parented as a clue to problems and conflicts they may now be experiencing as parents.

“It’s not behavioural management, it’s about improving relationships between parents and their children,” says McMaster, who worked closely with Scottish Prison Service to adapt the normal 14-week course for the particular challenges of life behind bars. “And if you don’t know how you got here, then you can’t really figure out how you’re going to go forward.”

Paul Cowan was so grief-stricken at his father’s funeral in 2005 that he tried to prevent the coffin from disappearing for cremation. “Me and him were like mates,” he says sadly. “I just broke down and ended up hitting the drinks for a few months – it can have an impact when someone that close to you dies.”Participants’ own fathers always loom large in discussions. “Even if they’ve never met their father, they still talk about how he was never around. So we’re seeing that a lot of the guys have a preconception of what being a father looks like, and it’s about remoulding that kind of view of masculinity and fatherhood and what it means to be a man.”

Other group members spoke about experiences of an abusive or violent father. “I’ve learned that I don’t want to be like him,” says George Murray, 26, from Maryhill. “I want to be the exact opposite. There’s no good experience that I can remember – all my good experiences were really from my gran.”

Now half way through his two-and-a-half-year sentence for supplying drugs, Murray is determined to be a better dad to his 14-month old daughter than his own father was to him, even though it’s meant revealing some painful truths in the past few weeks – sometimes on camera.

“But it’s alright in this class because everybody’s from the same background,” he says. “Plus Jamie and Alan shared things as well, so you can open up a bit more.” [Continued below video]

Rehabilitation officer Jamie Bryceland has worked closely with Alan McMaster and other facilitators to adapt the course to inevitable constraints of prison life – offering, among other things, permission to film inmates as they play freely with their children in extra Friday visits set up for the duration of the course.

“I think it’s been excellent,” says Bryceland. “The normal problem in prison is that you’re talking in front of these guys about issues that they’ve locked away… but this programme set out right away to be able to support them.”

One undergirding principle is a group commitment to confidentiality, so that the men feel safe to share what are often

deep emotions, particularly concerning their children. “If something happens to one of your children at school, you would normally go there and speak to somebody, so these guys feel totally helpless. It’s about giving them the skills to deal with those situations.”

Video is a particularly useful tool for recording parent-child interactions, enabling facilitators to emphasise what each dad is doing right, and help him build on it.

For example, one dad was able to see how much his child needed him when he wasn’t there. “He didn’t think it would make a difference whether he was in the room or not,” recalls Alan McMaster. “But when he could see his year-and-a-half-year-old old child looking for him, delighted when he was back, it didn’t take much strengths-based feedback to get him to understand the difference. The video is so powerful – I would say it’s the backbone of our programme.”

Ongoing assessment will determine if the pilot has been successful enough to be rolled out in other prisons, but the anecdotal signs are good. For example, George Murray’s lessons on being assertive – rather than passive or aggressive – improved his negotiations with social workers to such an extent that his daughter has been returned from care to his girlfriend, who brings her in to see him every week.

“There’s been a definite increase in confidence,” says Alan McMaster, sitting in the course classroom while the six participants prepare for their final afternoon chat. “Guys that didn’t want to talk will be standing up in week five in front of the room and telling their details. There’s always that sense of pride watching them make that journey.”

But it isn’t a silver bullet, he cautions. “It’s not a magic tool, they’re not going to go out and everything’s going to be fine. They’ve got to really take what we’ve spoken about, access all the services, get support from elsewhere and continue on that journey.”

Paul Cowan has taken that on board. The course came just in time for his release, and he’s now heading home for Christmas with his much-missed family, determined to put his new skills to work.

“I know I’ve let myself down and I’ve let my weans down being in an out of prison, but that doesn’t make me out to be a bad father. I love my weans more than I’ve ever loved anybody… I can’t wait to get out.”