Being a Dad prisons VIP Performance

Being a Dad prisons VIP Performance

Posted by Cathy Sexton 950sc on 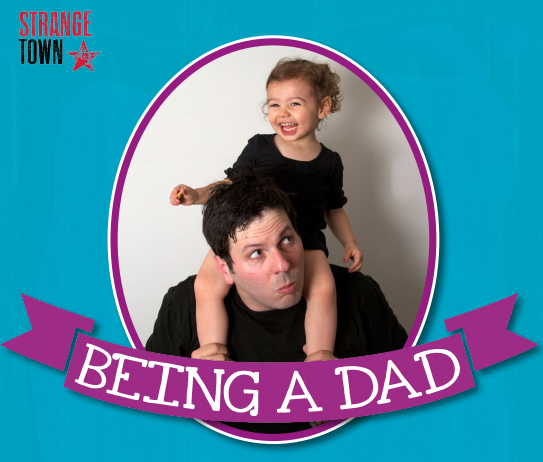 Written by Edinburgh based playwright Duncan Kidd and performed by Strange Town Theatre Company, ‘Being a Dad’ is a drama reflecting the lived experiences, hopes, fears and challenges faced by many fathers, in Scotland today. You’ll be moved to laughter and tears as this drama celebrates the difference a great dad can make.

The performance will be followed by a light lunch and a chance to meet the cast and discuss some of the questions and issues raised by the play.

Make sure you catch this compelling play before the start of its Scottish Prisons tour. - RSVP below.

Being a Dad Story

In 2016 a conversation in a Wester Hailes dads’ group highlighted some of the significant challenges around social justice, parental access and employment faced by young dads. This became the start of a story about ‘Being a Dad’ in modern Scotland.

The stories inspired a play and during last year's Edinburgh Festival, sold out its 6-night run and garnered impressive reviews including the Scotsman.

The enthusiasm and interest generated helped us secure funding from the People's Postcode Lottery, which will allow us to take the Being a Dad play into 4 Scottish prisons. The play will be followed by workshops reflecting its themes, led by FNS's Dave Devenney with Graham Goulden, formerly of the Violence Reduction Unit.

Strange Town is a performing arts company for 5-25 year olds that aims to foster creativity, nurture talent and increase access to opportunities in the arts to young people across Edinburgh. Strange Town strives to create work of the highest quality; to provide access to young people of all backgrounds; and to provide training and mentoring, whether as part of a pathway into the arts as a career or simply to improve life skills.