'Be There, Be Yourself' Champions: Bryan

'Be There, Be Yourself' Champions: Bryan 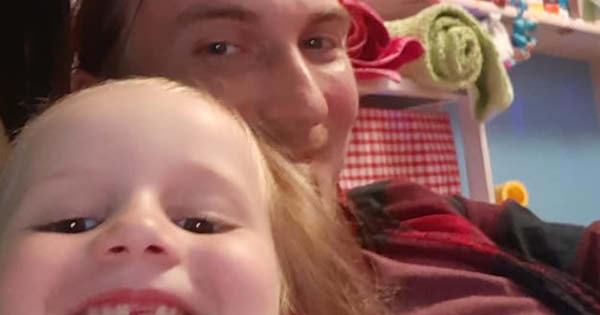 How would you describe your parenting role?

My role as a parent has been ever evolving, due to many of the issues raised by Fathers Network Scotland such as gender stereotyping. I usually describe my parenting journey via the different pigeon holes I have moved between: Stay-at-home parent – full-time single parent – weekday parent – shared caregiver. I personally don’t like these pigeon holes, so I see my role as a parent being a little like this:

I am also a cleaner, a chef, a personal shopper, a bank machine, a travel agent, a hairdresser, a teacher, a bodyguard, a referee and police officer. I am engaged, I am present, I am always here but most importantly I am her daddy and to me that is THE best possible role I could have in life.

How do you feel that gender stereotyping around fatherhood has affected you as a parent?

Gender stereotyping seems to have played a massive part of being a parent from the moment we found out we were going to be parents. I don’t really believe it has affected the way I parent, more that it has thrown up quite a few bizarre problems. These include a feeling of being belittled and the realisation that dads are so often the butt of jokes.

I've turned up at “parent and toddler” groups with my daughter, only to be turned away at the door. Other times I've experienced unwelcoming attitudes at some of these groups. Have you seen those belittling Fathers' Day gifts, which suggest things like dads don’t know how to iron? It all mounts up.

The comments when you're out with the little one such as, “You babysitting today?”; The signs in clothes shops like, “So easy dad can do it”; All forms of media portraying dads as bumbling idiots who have no idea how to parent;

The way people talk like you are less of a man because you are at home with the little ones and not out working all the hours under the sun to provide for your family. Of course, if a dad is working all the hours under the sun he is going to find it more difficult to do things with the kids or spend enough time at home or helping out around the house.

Gender stereotyping has seemed to play more of a role and had more of an effect on me and my daughter after I separated from her mother. It feels as though the "system" sees dad as being a second class citizen in the lives of children, the one person in a child's life who is disposable, and who isn't necessarily needed. I feel as though I have faced opposition in my attempts to be equally involved and present within my child's life. Thus begins a fight that drains every drop of energy you have. This is when gender stereotypes affected me, my daughter and her life in a very negative way.

What are the assumptions made about you that annoy you the most?

Many assumptions about dads really annoy me to my core, such as the assumption we don’t know how to change a nappy, what to do with the kids or that when with the kids we act like babysitters and sit about on our phones and let them eat junk and watch the TV. I suppose the assumption that truly bugs me beyond all measure is that I have no idea what it's like being a parent. That I don’t understand the sleep deprivation, the difficulties in getting the cleaning and shopping done with a little one at your ankles. That I am a man so of course I’m rubbish with nappies or that I have no idea about the exhaustion of keeping house and home while raising a young child. I see it as being openly sexist to presume that I don’t know about being a parent simply because of my gender.

How do you feel that services could better serve you as a parent?

All the services regarding children need a lot of work to serve and be inclusive to dads. Our antenatal classes didn't involve the dads at all. The tone was actually quite condescending.

On one occasion, while we were talking about muscle exhaustion during labour, the lady taking the class said with a snigger, “Watch this girls”. She asked me to squat and hold it until my muscles were exhausted.

One night after our baby was born, I was up all night feeding my daughter, changing nappies, dealing with crying and cleaning the whole house while my partner slept. I got to bed around 7 or 8am. The midwife was due around lunch time and I awoke as the midwife and my partner were in my daughter's room talking over the cot. I walked by to go to the loo popped my head in, the midwife saw me elbowed my partner in the ribs and said quite loudly, “Has HE been any help?”. There was an assumption on her part that I had been a useless lay-about.

The services for parents need brought into the modern world. They need to include men in the conversations about their children, helping them be fully involved, instructing them in what to expect and where they can help. Please PLEASE stop talking down to us and treating us like completely useless idiots. It leads to fathers feeling they can only go to dads-only services run by charities, so as not to end up feeling judged and unwelcome.

What has your experience of parenthood been like, to date?

My experience of parenthood has been a rollercoaster and I truly love it. I became a parent with such excitement in my heart and soul, I looked forward to all the challenges of being a parent with no illusions about what I was facing. The put-downs I've experienced brought me down very quickly and left me feeling quite alone and isolated from the parenting world. If it wasn’t for the dads-only groups making us feel accepted and valued in a world, I think this isolation and loneliness would have just gotten worse. Speaking to other dads in similar situations really helps. The actual parenting of the little legend has been great and an amazing experience, but gender stereotyping and assumptions about me have made it seem much more difficult.

How easy do you find it to be ‘present’ in your child’s life?

Being present in my daughters life has been a journey all by itself. As a general rule it is the easiest most natural thing I have ever done. All of my commitments are arranged for nursery/school hours including cleaning and most shopping. This has made it much easier to just be there and be present, to get down on the floor and commit LOTS of time to the little one. Of course I still need to sit down and have a cuppa from time to time! During that time I catch up on messages and recharge then get right back to dedicated time with my daughter. Once I separated from her mother, that’s when it got harder to be present both physically and emotionally. But my daughter is the most important aspect of my life so it is very easy to prioritise her.

What makes you laugh most when you’re together?

I've asked my daughter, and she replied "tickles"! I feel we laugh the most when we are singing and doing silly things while out and about or when we pretend to be driving the bus and daddy is the windscreen wiper or at bath time playing silly with the bubbles. To me we are almost always laughing so there are too many things to choose from.

What five words would you use to describe yourself?

Hmmmm. Passionate, loud, animated, silly and unique. I think those are the words I would use.

What five words would your daughter use to describe you?

I thought it would be fun to ask my daughter what words she would use to describe me and I got:

"Warm, crazzzzy, silly x2, a teacher.." Then she jumped over, gave me a massive hug and said “you are all mine”. So I'm guessing "mine" is the 5th word here.

How supported in your parenting journey have you felt?

In all honesty, I have felt no support at all on my parenting journey. Professionals wouldn’t even listen or talk to me, playgroups turned us away. I feel a lot more support now, mainly from other dads.

I feel like it took a lot of work to prove that being a dad isn’t my cute hobby, but that I take it seriously.

Female friends who have defended me against dad-stereotyping have said, “He is the mum in this story”. I appreciate their support, but I still see a problem in what they're saying. You don't have to be a mum to be great parent. I'm a dad and I'm a great parent.
Do you like this post?
Tweet
Subscribe with RSS