DADx - It's Okay To Talk

On average one man every 2 hours takes his life in the UK. As the UK goes into yet another lockdown we want to get people talking and in particular men! 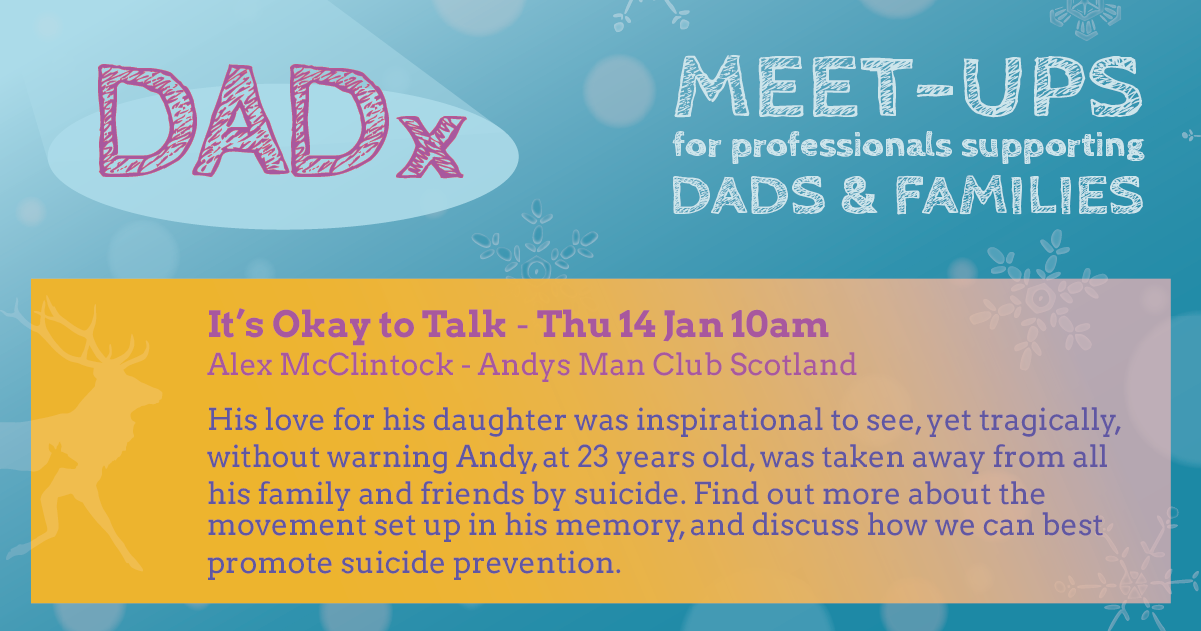 On Thursday 14 January at 10am join Alex McClintock, Scottish Trustee of Andys Man Club. The charity have worked tirelessly in the memory of Andy Roberts to grow talking groups for men across the UK. It has grown from just 9 men in Halifax to a staggering 21,500 men in 29 clubs across the UK last year! Find out more about the club, why Alex chose to get involved and how they help men talk about what's going on in their lives. 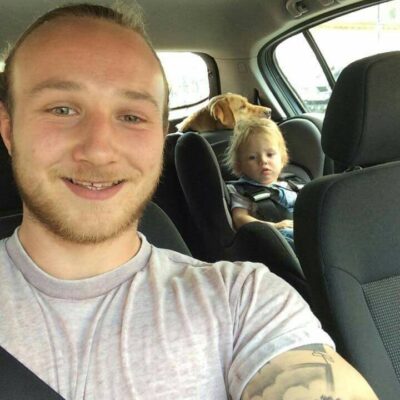 Andy Roberts was loving and doting father, son, brother, grandson, nephew, cousin and friend. He was an all round top guy, one of the nicest people you could meet. His love for his daughter was truly inspirational. Tragically without warning Andrew, at 23 years old, was taken away from all his family and friends by suicide.

Andys Man Club was created to get men talking, break down the stigmas surrounding mens' mental health and ultimately reduce the high suicide rate among men.

Let us know that your coming and receive a reminder on the day using the RSVP Below...

or follow the link to the ZOOM Meeting HERE