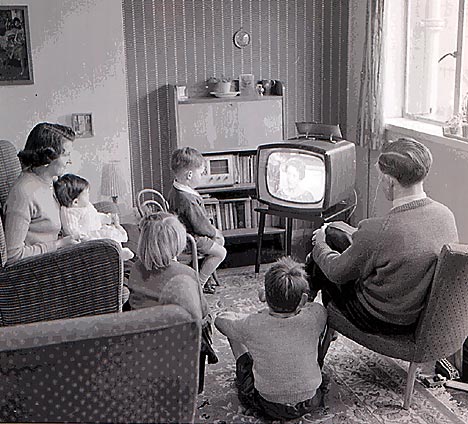 It’s easy to get 2018 confused with 1958 isn’t it? I know, it happens all the time. Mum at home, polishing the washing machine and Nurturer in Chief to the kids, dad out to work, returning in time for tea readily prepared on the table with their 2.4 children smiling up at them. All is right with the world.

As if in a dystopian dream the Government’s response to the Women and Equalities Select Committee report on fathers in the workplace, published this week, reveals they are still wearing their 1950s spectacles.  Their view of the world barely changed by the advancement of progress towards equality and the sound of the reality of family life with UK parents banging on the 21st century’s front door, growing ever louder, demanding to be let in.

What the Committee recommended was 3 months use it or lose it parental leave (4 weeks paid at 90% of earnings with a cap for higher earners, the rest at statutory level – quite modest really) is in line with what a number of other countries offer families, and have been for some time. Take up of parental leave by fathers is low worldwide, except in countries with certain types of “father’s quota”.

These countries include Sweden, Norway, Iceland, Denmark, and Quebec in Canada. The common features of these systems are that they all have high replacement rates (77.6% in Sweden, 100% in Norway, 80% in Iceland, and 75% in Quebec, typically with a cap), and non-transferable period of leave for fathers that can be used without restriction during the qualified leave period.

What the UK government has done is to fly in the face of that evidence and once again fail to accept the blindingly obvious which is that in order to challenge the deeply embedded gender norms of who does the caring and to support dads to be able to take time out from the workplace we have to create a longer, better paid period of leave for fathers which is theirs alone to take.  Simple really. We are not looking for a needle in a haystack. We are not devising an innovative policy solution that no one has come up with before. We are simply learning from those countries which do gender equality better than we do and implementing that change here.

A WIN-WIN FOR MEN AND WOMEN

Shared Parental Leave, although it attempts to support families to share care (and some have), has had little impact because it is her leave to give away, so the presumption is that it’s still her job to do the caring, and it is paid at a rate that he cannot afford to take (apart from a few workplaces where they will offer an enhanced rate). So it doesn’t make sense for families to use it if they are going to be significantly financially worse off at a time when they really need the money, and the starting point is not one of a presumption of equal responsibility to care for children.

Why, as the leader of a feminist charity, am I so bothered about dads’ leave? It’s simple. By enabling dads to care for their children in those precious first few months of life we also ensure that mums are better supported and are more likely to return to the workplace after maternity leave. Employers gain because they don’t lose out on women at work for quite so long as they do now. Women gain because they retain their contact with the labour market.

We know that there is a high risk of mothers spending long periods out of work after the birth of a child which in turn has a significant impact on her earnings. The impact of caring roles is one of the big drivers of the gender pay gap, so addressing it is essential. We also know that 54,000 mothers every year are forced out of the workplace because of pregnancy discrimination. But if employers knew that he was as likely as she is to take time off work then one of the drivers of discriminatory practice melts away. We cannot achieve equality at work until we achieve equality at home.

But despite everything we know, we aren’t going to do anything differently. There will be no gifts from this government for dads on Fathers’ Day. Welcome to 1958.

This blog was originally posted on the Fawcett Society website - used with permission.