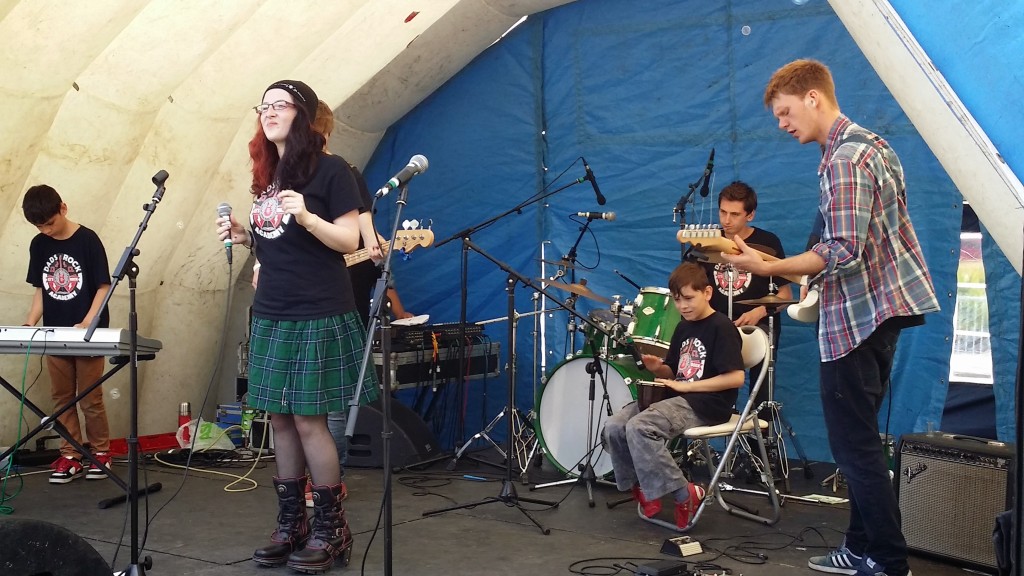 IT’S a sunny autumn afternoon in Edinburgh and Robert Solway couldn’t be prouder. On the outdoor festival stage in St Andrew’s Square, his two sons Nathan (10) and Jamie (12) are wooing the crowd with their first live gig with Dads Rock Academy.

Barely a year has passed since Robert took his boys along for their first tuition session with music students at the innovative social enterprise – and now they’re playing one of his favourite songs: Stevie Wonder’s Superstition.

“It’s a great way of bonding with the kids,” smiles the taxi driver, whose shiftwork puts quality dad-time at a premium. “I’ve now got them coming to me and saying Can we learn this piece? It’s not only One Direction, it’s music I like: they’re stealing my stuff!”

Usually Robert plays the bass guitar, but today he’s content to sit back as Nathan pounds his bongo, and Jamie concentrates on his keyboard riffs. “In a lot of ways it’s helped them grown up a bit,” he reflects. “Last time I messed up Jamie covered for me. It’s a complete buzz playing live on stage with your kids – a great feeling!” (continued below…)

It’s all music to the ears of Thomas Lynch, one of the founders of Dads Rock, which this week received confirmation of nearly £300,000 Big Lottery funding for the next three years – enabling two new full-time workers and various new services. Things have come a long way in the two years since he launched the innovative social enterprise, originally under the auspices of Fathers Network Scotland, with his friend and co-founder David Marshall. 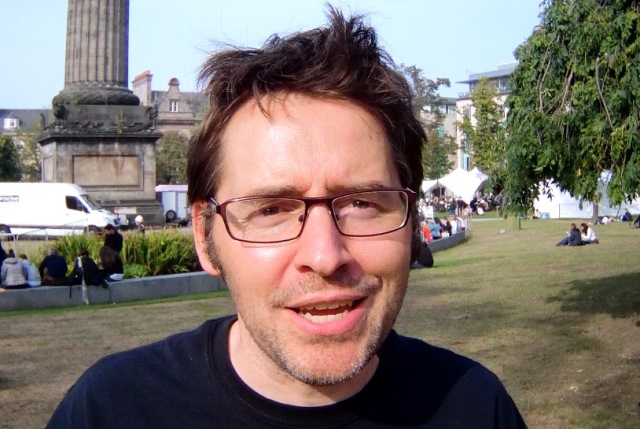 There are already two strands to the Dads Rock brand: playgroups for dads and under-fives, which have so far welcomed 250 families to its two services in Edinburgh and one in Glasgow; and more recently Dads Rock Academy, Scotland’s first and only dedicated music school for parents and their children aged 7-16.

“We started the playgroups because we wanted somewhere to take our kids,” explains Thomas, who is a qualified counsellor and HR manager. “I think a lot of playgroups out there end up being mums’ groups, so we wanted something that was just for dads, for them to come and speak to other dads.”

A big Foo Fighters fan and novice guitarist, Thomas admits he’s still struggling to play Twinkle Twinkle. “Music was just the hook we picked. Some dads will say: I can’t play an instrument. But that doesn’t matter: it’s a playgroup, it’s just about coming and playing with your kids.”

With two new staff posts in the offing, the new lottery funding will enable an expansion of the current weekend playgroups into the working week, as well as a new initiative with young dads, a prison playgroup and free counselling. “We think dads are great, dads rock!” says Thomas, who loves the multi-layered play on words of the group’s title. “But it’s also about being a rock for dads and about being that place for dads.”

And then there’s the rock music. For those with older children who fancy trying out new instruments together, the Dads Rock Academy pairs up members with music students from Edinburgh College – with the emphasis as much on participation as expertise. 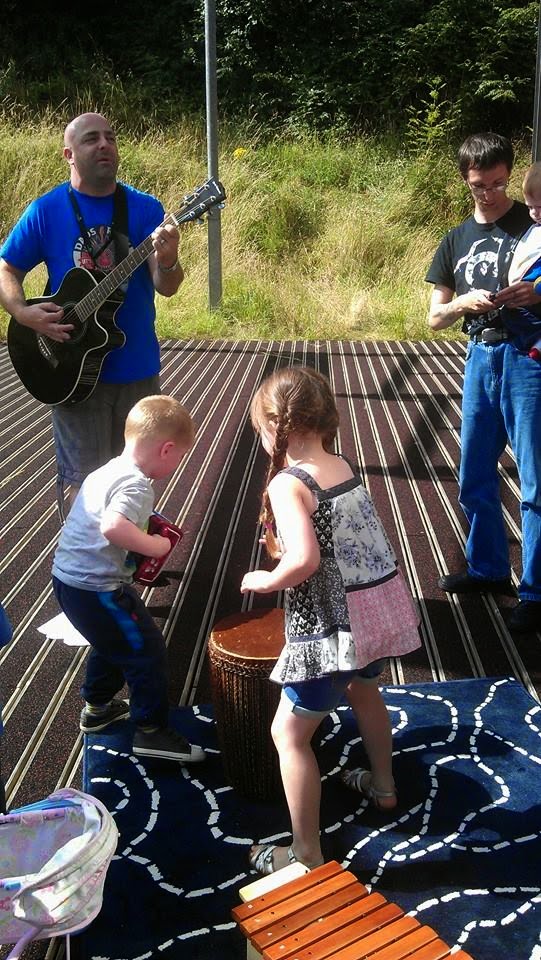 PART OF SOMETHING BIGGER

“We knew that music tuition can be quite expensive,” says co-founder David Marshall, who plays violin, piano, guitar and drums. “So the idea is that mum, dad, granny, granddad, they come, and they learn an instrument and get time together in the music tuition – and also as they come together to be part of something bigger.”

That collaborative energy is here in spades today at the Edinburgh gig as a mixed band of parents, children and students rock their way through everything from The White Stripes to The Wheels on the Bus. When Robert Solway’s boys come off stage they’re buzzing with energy. Bongo-playing Nathan describes it as “nervous and excited”.

For his dad, the word is “proud”. He wishes Dads Rock had been around when the kids were younger. “I just think it makes a difference in giving structure as well as helping them to grow up a bit,” he says. “Having other dads there to talk to really helps too. Society has changed now. Mums go out to work, dads stay at home, we all work shifts. Which is why these groups are really important. Dads Rock has been fantastic.”

At 12 his older son Jamie is adamant he wants to keep playing his keyboards. “I wasn’t sure about it at first – I was rubbish playing the recorder at school – but Dad’s Rock is much easier. It’s students who play at gigs who teach you, so it encourages you.”

How does it feel to be playing keyboards along with his brother on drums and dad on the bass? Jamie’s grin grows as wide as his keyboard: “It feels like you’re gigging!”

For more information, check out www.dadsrock.org.uk